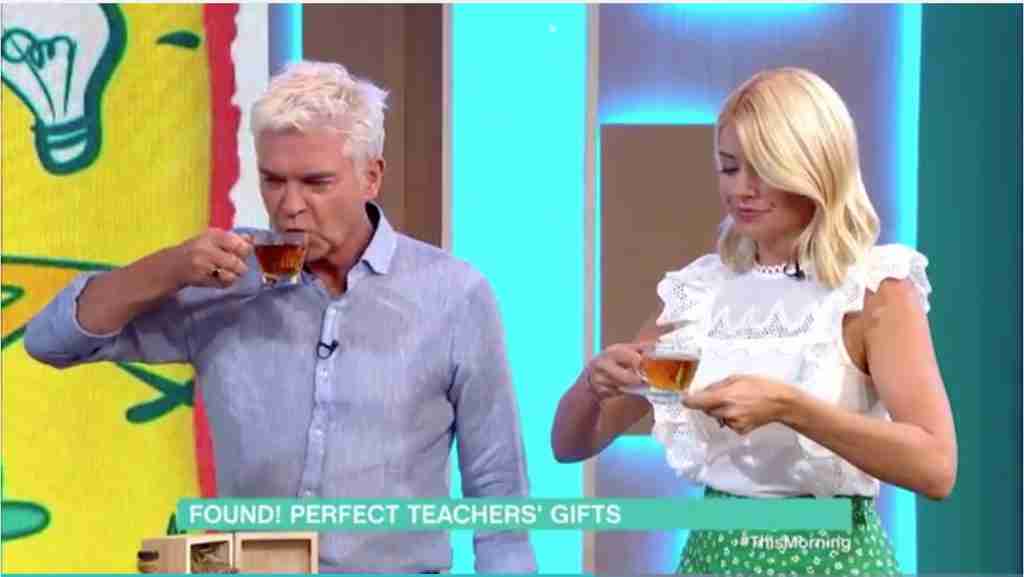 CLIENT’S BRIEF
NOVELTEA set out to raise awareness for their new collection of cold-brewed alcoholic teas infused with gin, rum and whisky. During a period when gin was impossible to miss amid the massive spirit resurgence, Twist were tasked with the challenge of cutting through the noise to raise profile for the start-up brand. 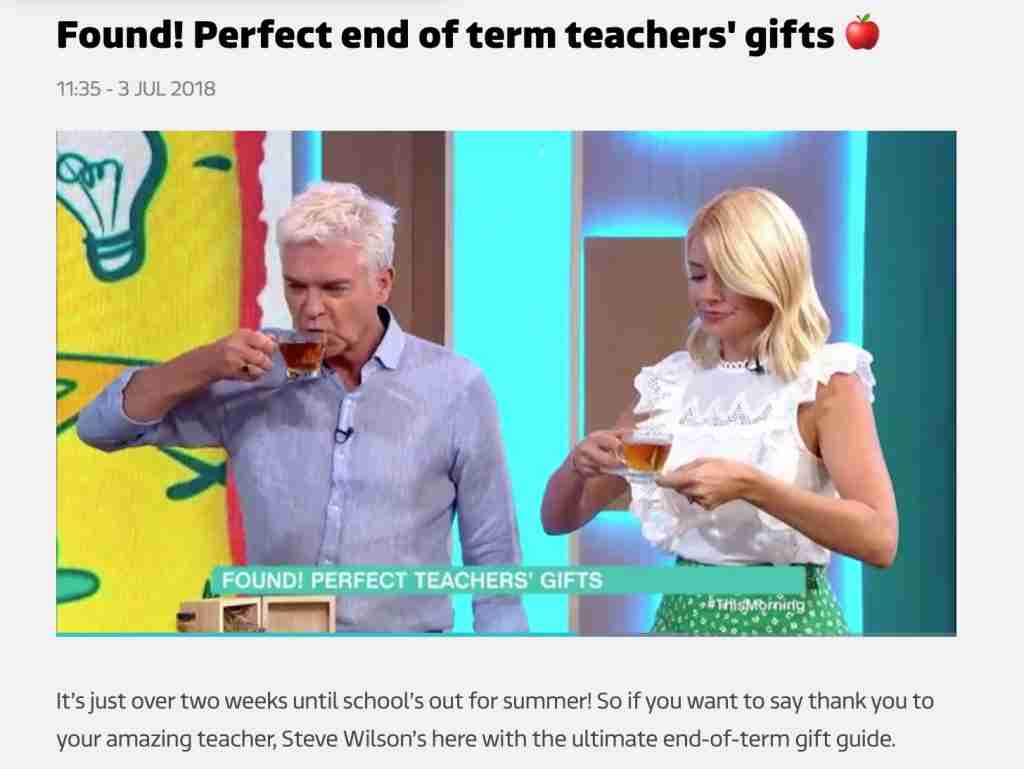 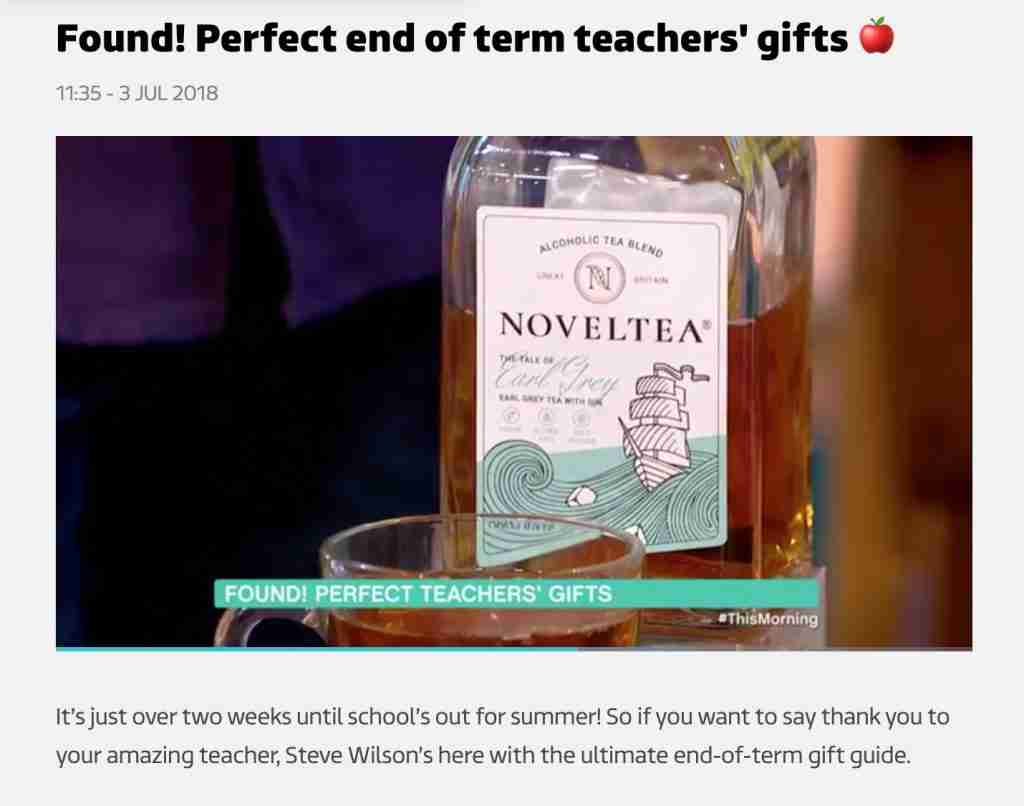 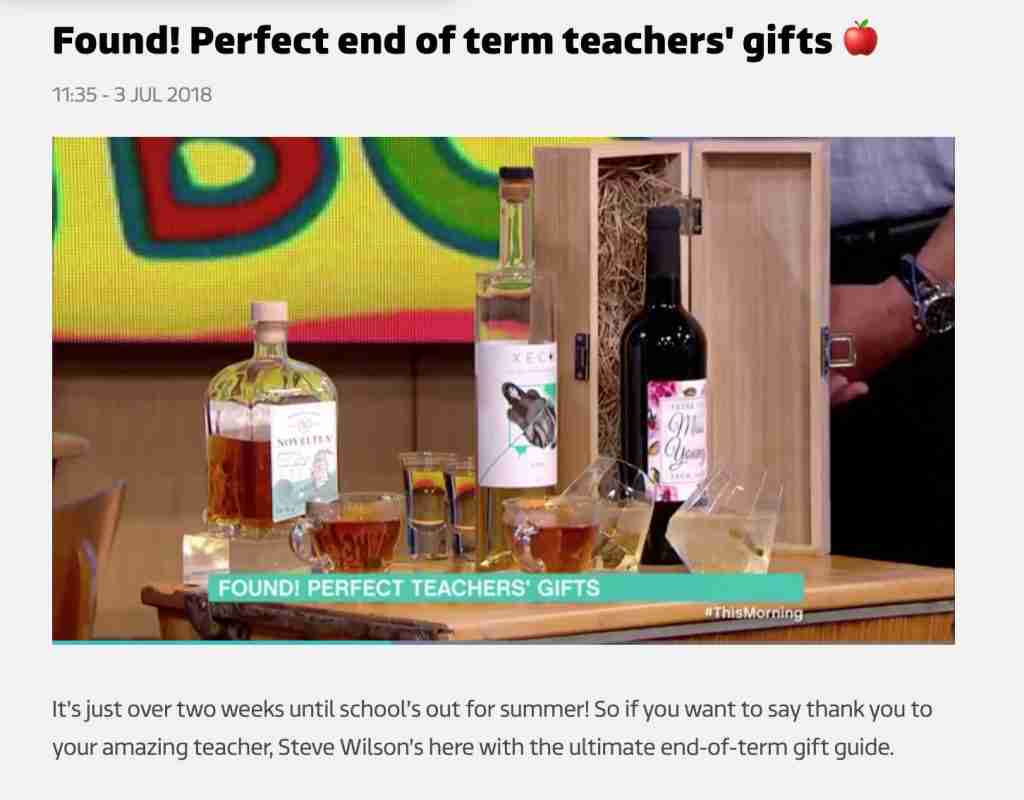 THE TWIST
The campaign predominantly focused on placing NOVELTEA in front of mass audiences through product placement. Our approach to building brand awareness and trust for the little-known brand led on positioning the drink on the same platforms as other well-known and respected drink brands for credibility, using media channels that would be trusted by the audiences NOVELTEA were aiming to target.

THE OUTCOME
With average viewing figures scoring around 1 million per day, Twist secured footage for NOVELTEA on the award-winning daytime TV show ‘This Morning with Holly & Phil’ – On average the daytime TV show attracts around a million viewers and has scooped numerous NTAs, TRIC awards and TV Choice Awards for Best Daytime Show. The product placement secured by Twist included Philip Schofield boasting “ooh, I like that, I really do” during show feature about “Gifts for Teachers”

Securing this coverage formed part of NOVELTEA’s overall campaign to raise brand profile in the run up to their appearance later in the year on Dragon’s Den.